Originally from Buffalo, New York, Greg Palombo received his BFA from Alfred University, where he received awards such as the Val Cushing Award and the Kiki Smith Scholarship to Haystack Mountain School of Craft. His studio practice stems from a fascination with objects and their ability to materialize through culture. Historical and contemporary vessels provide objects and ideas that become platforms for reinterpretation and investigation through a variety of materials, techniques, and forms. He has recently shown work in the 2016 NCECA Student Show in Kansas City, where he received an award from Studio Potter magazine. Palombo was a 2016-2017 resident artist and Fogelberg Fellow at Northern Clay Center. 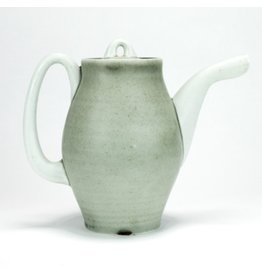